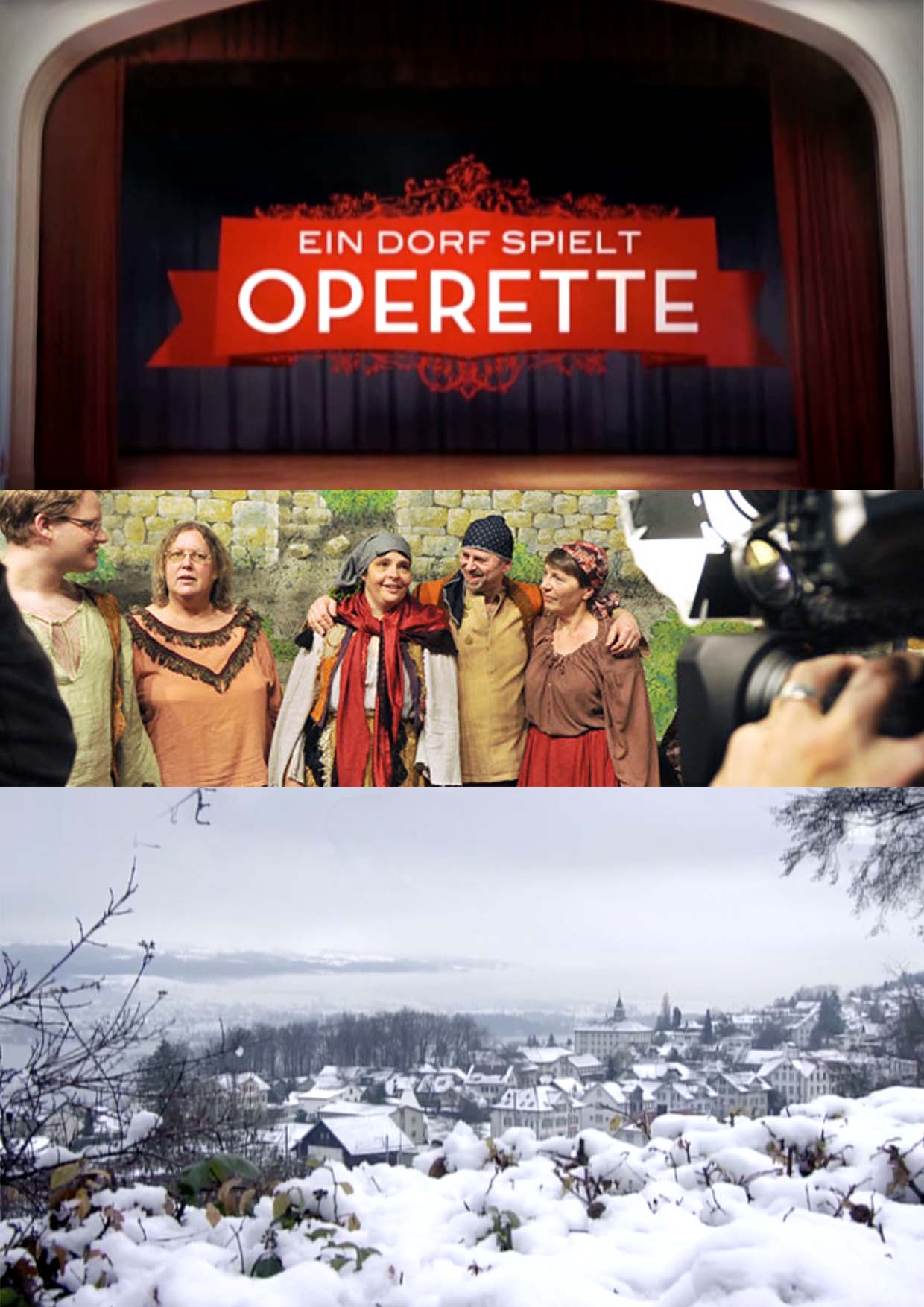 Every two years, the Theatergesellschaft Beinwil am See AG puts on an operetta, and has been doing so since 1864. But the tradition is threatened with extinction: due to a lack of audience, the company’s financial reserves are almost exhausted.
The three-part documentary series “Ein Dorf spielt Operette” (A Village Plays Operetta) shows the joys and sorrows of a Swiss village in the production of an operetta – from the first rehearsals to the premiere, thus allowing for once a direct and fascinating insight into the world of active Swiss club life. For once, it is not cultural professionals but passionate amateurs who are in the spotlight, and the incredible effort behind such a large-scale local production is made visible.