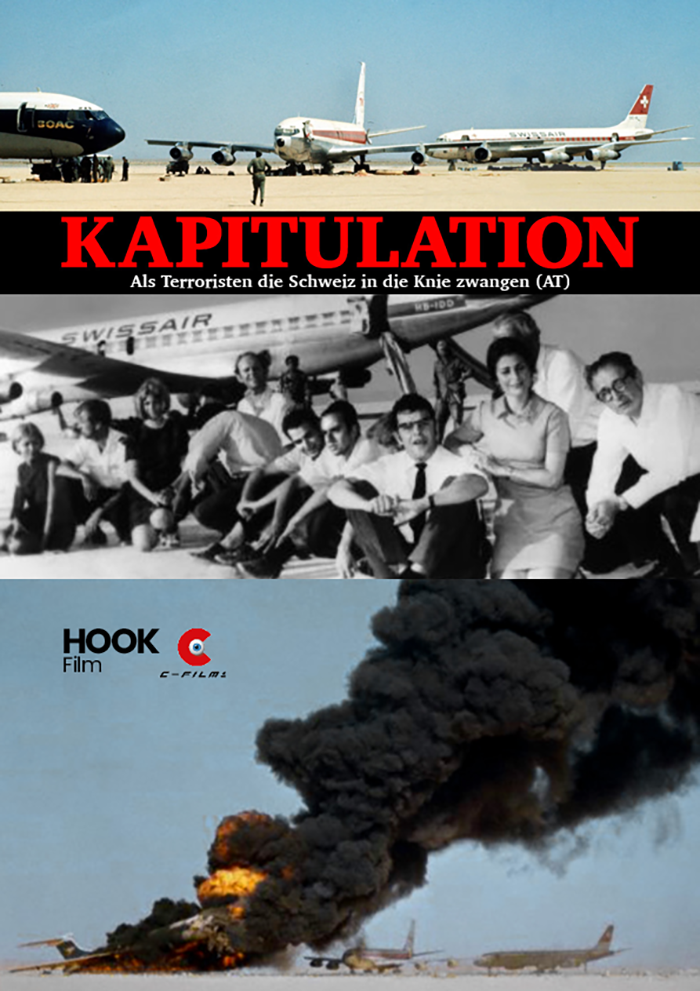 CAPITULATION – When terrorists brought Switzerland to its knees (WT)

On September 6, 1970, members of the Popular Front for the Liberation of Palestine (PFLP) hijack four aircraft, including a Swissair DC-8. No sooner has the packed passenger plane landed on a sandy runway near the Jordanian town of Zerqa than the hijackers issue an ultimatum to the Federal Council: either Switzerland releases three “comrades-in-arms” imprisoned in Regensdorf within 72 hours, or the plane and hostages are blown up!
After weeks of nerve-racking negotiations, the Federal Council capitulated and bowed to the terrorists’ demands. In an act that is highly controversial from the point of view of the rule of law and unique for Switzerland, those responsible release the three Palestinians who have been legally convicted, although there is actually no longer any reason to do so. All hostages have been free for a long time at this point!
Why did the Federal Council capitulate? Why did official Switzerland negotiate with hijackers, even granting their demands? These questions, along with the personal experiences of the hostages of Swissair Flight 100, are at the center of this documentary film.

#EgoShooter - It's all just a game!

The Gap – Between Rich and Poor