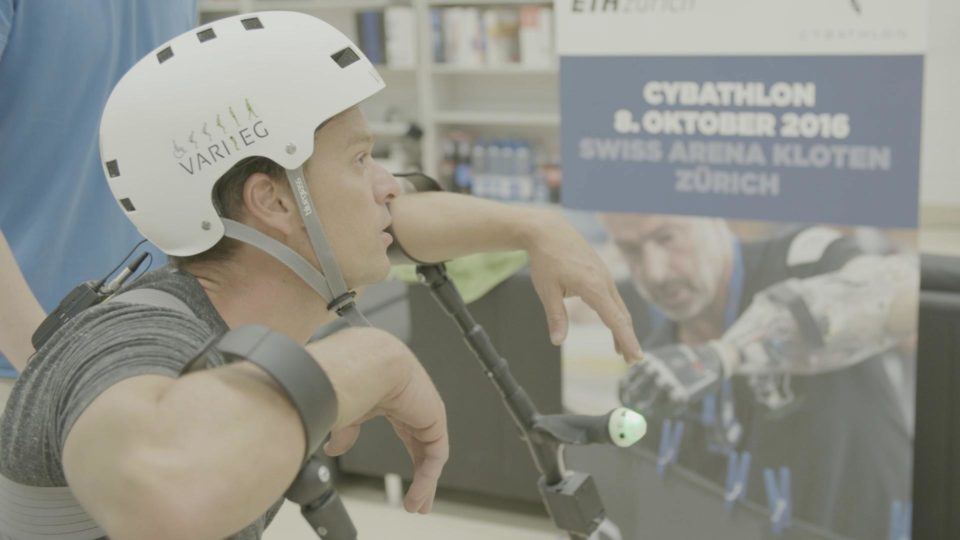 From Wheelchair to Cybathlon

On Saturday 8 October 2016, the first Cybathlon – a competition in six disciplines for athletes with severe disabilities – took place in the sold-out SWISS Arena in Kloten.
On this occasion, the documentary film by Adrian Winkler “Step by Step – From Wheelchair to Cybathlon”, was broadcast on Swiss television. The film shows the two paraplegics Philipp Wipfli and Werner Witschi in their struggle to participate in the Cybathlon competition.

Less than a week later, a second, integral version of the film has been completed and shown on SRF1 “CH:Filmszene” on October 12, 2016.

We experience with the severely disabled participants how they are equipped and trained with robotics by scientists. We see the possibilities and limits of the technology, fever and hope along with the participants. We experience success and failure at the Cybathlon and also in everyday life. We show science fiction that becomes real and experience a milestone in the history of science from the perspective of those involved.

NZZ Format – Have A Seat